Warm April Expected for Many Americans, but Could Start Cooler for Some

April is expected to bring seasonal or above-average temperatures to most Americans, but the northern tier could see relatively cool temperatures for April, according to the latest outlook from The Weather Company, an IBM Business.

Near-average temperatures are anticipated from California to New York, while much of the South will be above average. 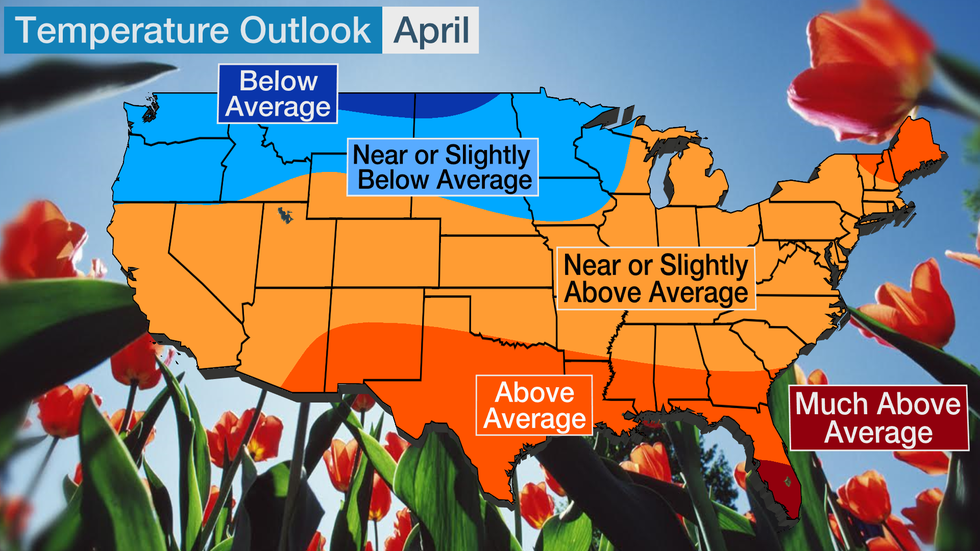 This forecast, if it verifies, will continue what has already been a warmer-than-average meteorological spring for many parts of the nation.

Corpus Christi, Texas, New Orleans and Pensacola, Florida, are having the warmest March on record. But these warmer temperatures could take a partial break as April begins.

Through much of the winter, the polar vortex and its extreme strength has dominated the temperature pattern across the country. The abnormally strong band of wind in the arctic has trapped cold air over Canada and Russia so far, but there is some indication that a piece or two of that cold air could be present in the northern U.S. in early April.

Dr. Todd Crawford, the author of the April outlook, thinks that the atmosphere could block up just enough in the first week of April to deflect some cold air into the northern Rockies, upper Midwest and possibly the East.

"The real forecast problem is how long this week's blocking will last ... and we're skeptical it will last long, thus we didn't go too crazy with the colder changes in the eastern U.S.," said Crawford. 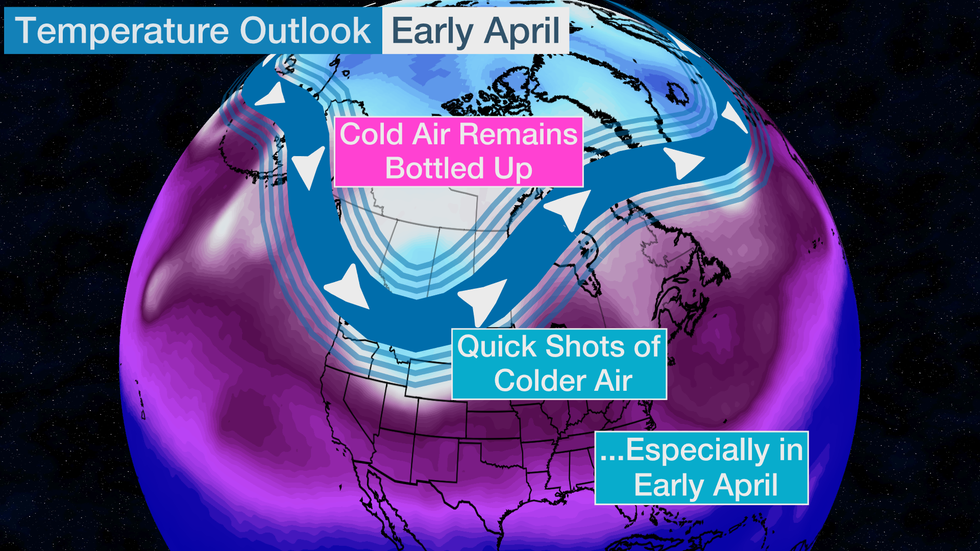 Early Spring Temperature and Wind Pattern in the Upper Atmosphere

Historically, a strong polar vortex in March will lead to similar upper-level winds in April, so he expects the warmth to bounce back after a brief change. And it could do so in a big way toward the end of the month, which means any cooler changes in the East could be neutralized or reversed by the end of the month.

Another factor in the April forecast is the slow cooling of tropical Pacific waters, which has a large influence on U.S. weather.

Technically speaking, many computer models are suggesting that a Modoki El Niño, or warmer-than-usual waters in central parts of the tropical Pacific Ocean), is expected to transition to a more classic La Niña (cooler-than-average waters) through this spring and summer.

The current warm central Pacific waters are typically associated with warmer air in the western U.S. and cooler air to the east, but these effects are being counterbalanced by the strong polar vortex. This gives us the near-average forecast in April in many spots.

The potential development of La Niña conditions is expected to be very slow, and likely won't cause any changes to occur in April, but it could mean a warmer summer might be on the way. We'll touch on that in future outlooks if the forecast holds.

Average high temperatures in April range from the 50s across the northern tier to the 70s in much of the South. Northern Maine typically holds in the 40s, while parts of Florida, southern Texas and the Southwest commonly reach the 80s. 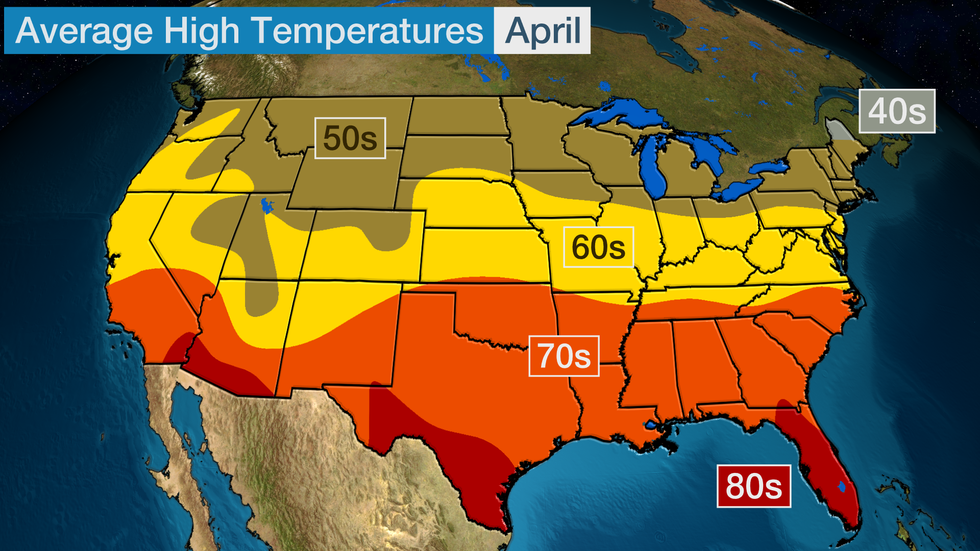 Nights can still be chilly in April, as lows often dip into the 20s and 30s in the North and the Rockies. Low temperatures in the 40s are average for April from the mid-Atlantic to the central Plains and parts of California. Lows in the 50s are common in the South, with 60s typical in parts of Florida and South Texas.

The outlook for April implies that the usual temperature contrast from north to south may be accentuated for at least parts of the month, which would suggest a heightened potential for active frontal systems. 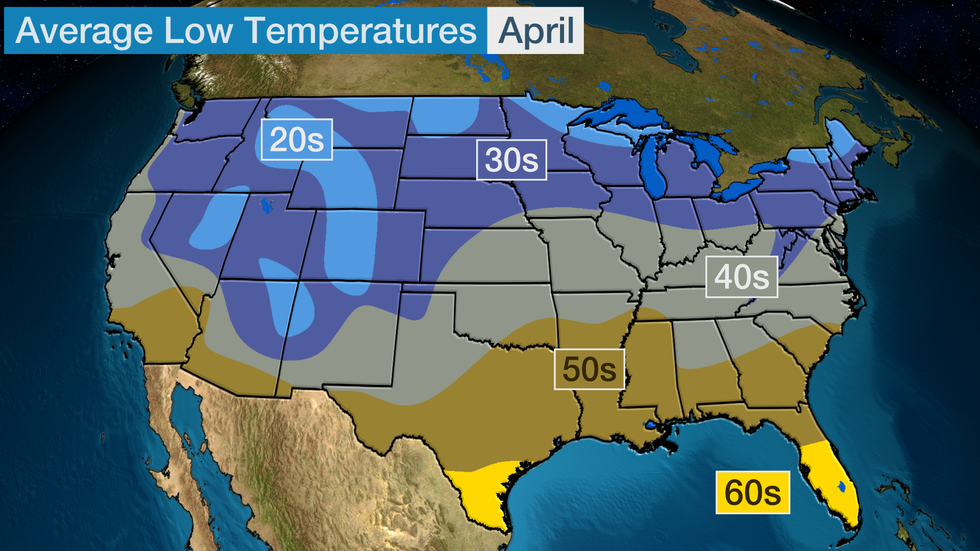