Why Friday's Weather Map May Be Blank From Coast to Coast

Friday's weather across the Lower 48 is forecast to be so quiet that weather maps are showing up virtually blank.

You can see for yourself in the map above. Other than perhaps a few showers along the Southeast coast, it's as if the continental United States has a massive deflector shield for rain or snow Friday.

Winter weather expert Tom Niziol may have tempted some of his followers to take a day off Friday.

You're probably wondering why we're writing an article about, well, nothing. When pitching this story to our editors, I felt like George Constanza in a Seinfeld episode pitching a show about nothing to Jerry over lunch, or to TV executives.

Don't get me wrong. Especially in February, I'm up for "sunny and 75." (Apologies if a Joe Nichols song is now stuck in your head.)

It's just that it's not nearly as interesting to most meteorologists as, say, a winter storm.

What is surreal about these days is seeing the main webpage of the National Weather Service with virtually no warnings, watches or advisories, such as the example below from late April 2015.

While these quiet days aren't tracked as far as we know, anecdotally, we don't believe they happen more than a couple of times a year.

Science Behind a Blank Map

Why is Friday's forecast so quiet?

High pressure may sound like a stressful work environment, but in the atmosphere, high pressure corresponds to sinking, dry air and generally tranquil weather.

In Friday's case, strong high pressure will dominate much of the eastern two-thirds of the nation. For that matter, there's little lower pressure, usually corresponding to stormy weather, anywhere on the map below, except in northern Canada. 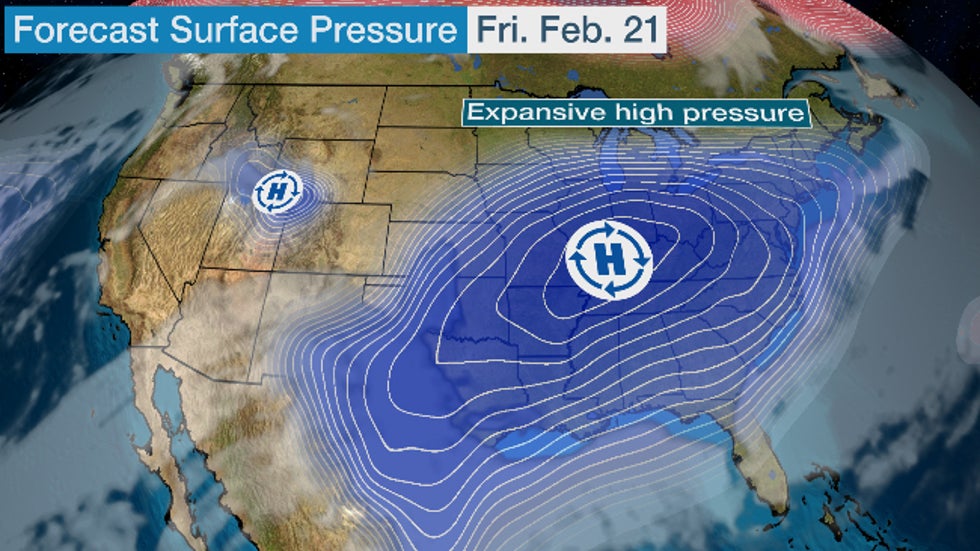 The reason that surface high pressure is dominant is that the jet stream, rather than taking large north and south meanders in a stormier setup, is rather flat, or zonal, from west to east. 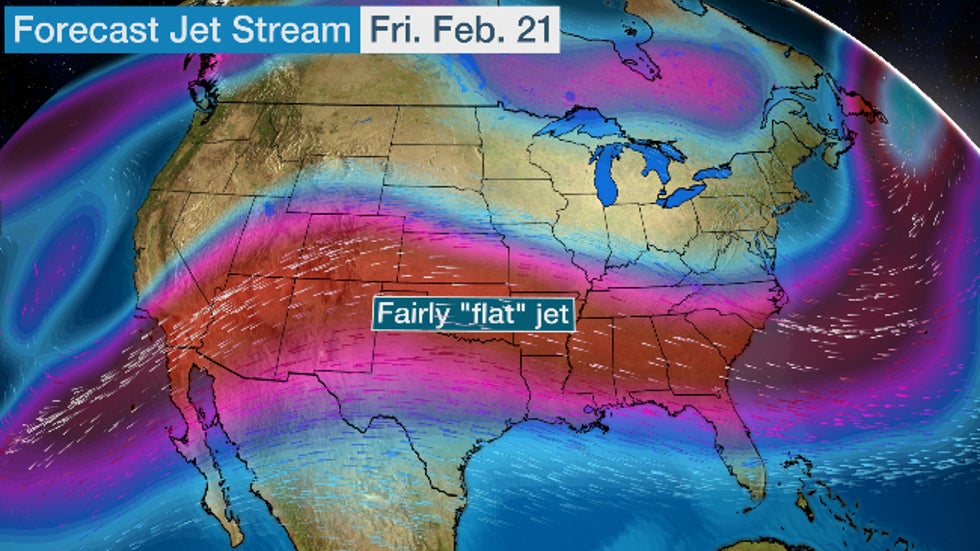 It may not be "sunny and 75" where you are, but the sunshine could encourage you to kick cabin fever to the curb. And that's far from nothing.