Weird Winter: No Winter Storm Warnings Have Been Issued in Chicago or New York City 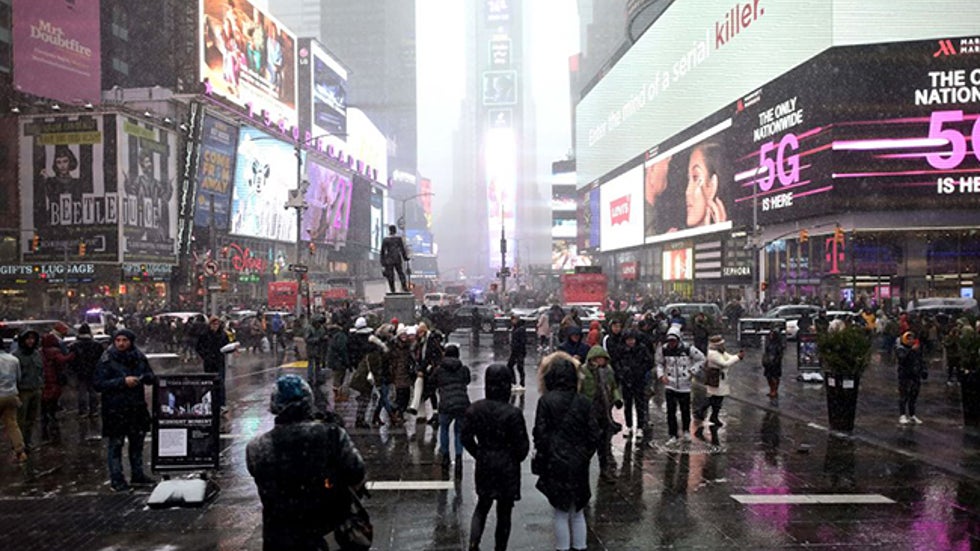 With over half of February completed, parts of the Midwest and Northeast have not been under a single winter storm warning so far this fall or winter – yet another sign of a strange snow season in parts of the northern United States.

Neither Chicago nor New York City has been under a winter storm warning yet this season, according to data compiled by the Iowa Environmental Mesonet (IEM) at Iowa State University.

Winter storm warnings are issued by the National Weather Service when sufficient snow, sleet or ice is expected to have high impact, such as making travel difficult or impossible.

Using the IEM's mapping tool to plot the number of winter warnings – winter storm, blizzard or ice storm – issued by each NWS forecast office, the odd lack of warnings in some northern locations stands out. 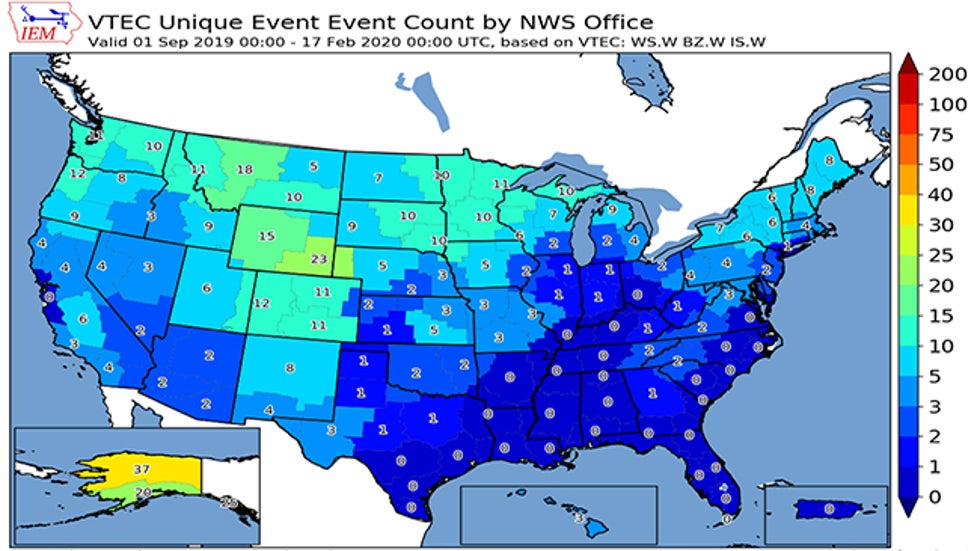 This map shows the combined number of winter storm, blizzard and ice storm warnings issued by the National Weather Service in each of its forecast areas so far this season through Feb. 17, 2020.
(Iowa Environmental Mesonet/Daryl Herzmann)

The NWS office serving the New York City tri-state area – located in Upton, New York – did issue one winter storm warning this season on Dec. 1, but not for the five boroughs of New York City or Long Island.

Similarly, the NWS office serving northeastern Illinois and northwestern Indiana issued one winter storm warning this year in north-central Illinois on Jan. 11, but it didn't include Chicagoland.

Some other winter storm warning-less cities so far in 2019-20 include Cincinnati, Baltimore, Washington D.C. and Pittsburgh.

If the Pittsburgh streak holds the rest of the season, it would be the first time that happened in at least 14 years.

By contrast, Midland, Texas, and the northern suburbs of Atlanta were each under a winter storm warning earlier this month.

It's not like Chicago and New York have gone completely snowless this season.

Chicago's seasonal snowfall total through Feb. 16 – 25.2 inches – is within an inch of the average to date.

But it's been spread out among a number of light snow events, rather than one or two major storms. 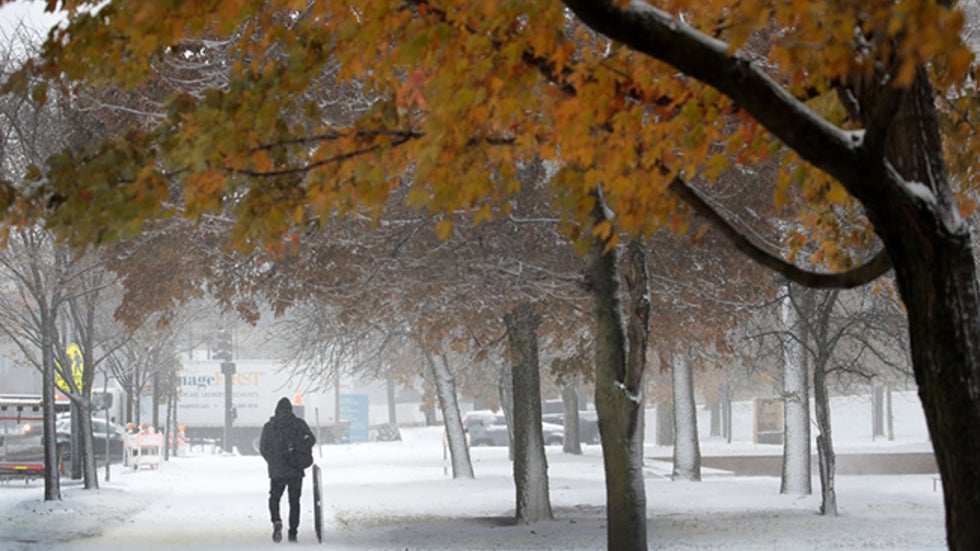 In these lighter snow or ice events, the National Weather Service typically issues winter weather advisories, meaning some inconvenience can be expected on roads, but not to the level that prompts a winter storm warning.

Central Park has only measured 4.8 inches of snow all season through Feb. 16, just over a foot below the average to date, and its least-snowy season in 13 years so far.

Over the past 14 winter seasons, NWS offices serving Chicago and New York City have each issued an average of six winter warnings per season somewhere in their forecast areas, according to data compiled by the IEM.

If NWS-Chicago doesn't issue any winter warnings the rest of the season, it would tie its fewest number of such warnings in a season with 2005-06.

If the NWS-Upton, New York, office doesn't do so, it would beat 2011-12 for the fewest in any season, when it issued only two.

Despite the mellow winter so far, most in the Northeast and Midwest know March is still very much a winter month, and snow lasted well into last April in Chicago.