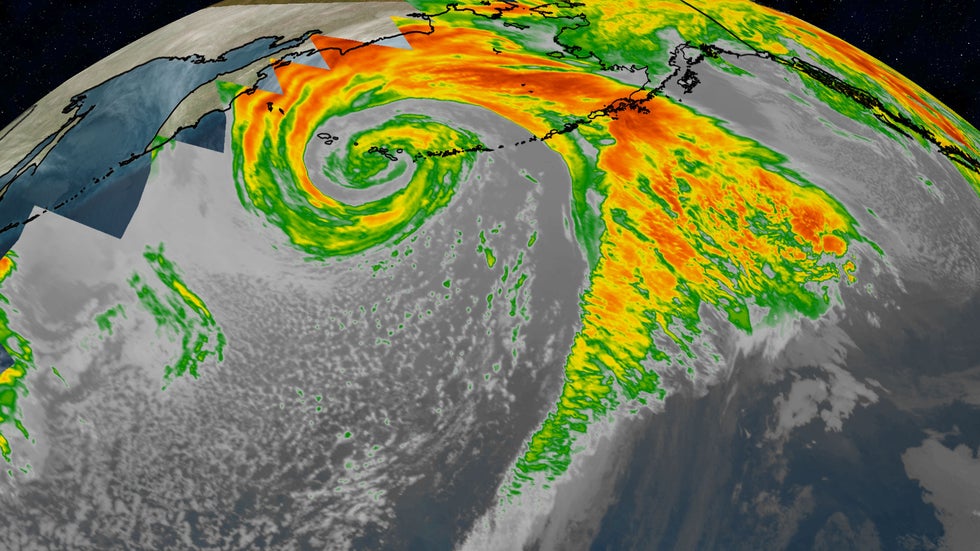 Two powerful cyclones on either side of the U.S. made for impressive views on satellite Thursday.

One was spinning south of Greenland on Thursday and the other was near the Aleutian Islands. Both systems are large and are bringing strong winds and high waves.

Note: The term cyclone refers to a low pressure system and the two are used interchangeably throughout.

Two cyclones were spinning in the North Pacific Ocean earlier this week before one was absorbed by the other. This combined system then intensified and became a more powerful cyclone.

Pressure in this impressive storm dropped to 953 millibars on Thursday morning. Pressure is a measure of a cyclone's intensity. And although not completely analogous, strong hurricanes are often in the 950 millibar range.

The presentation of this system on satellite was beautiful and a textbook example of an occluded cyclone, exhibited by its classic comma shape. An occluded system means that the cold front has overtaken the warm front. 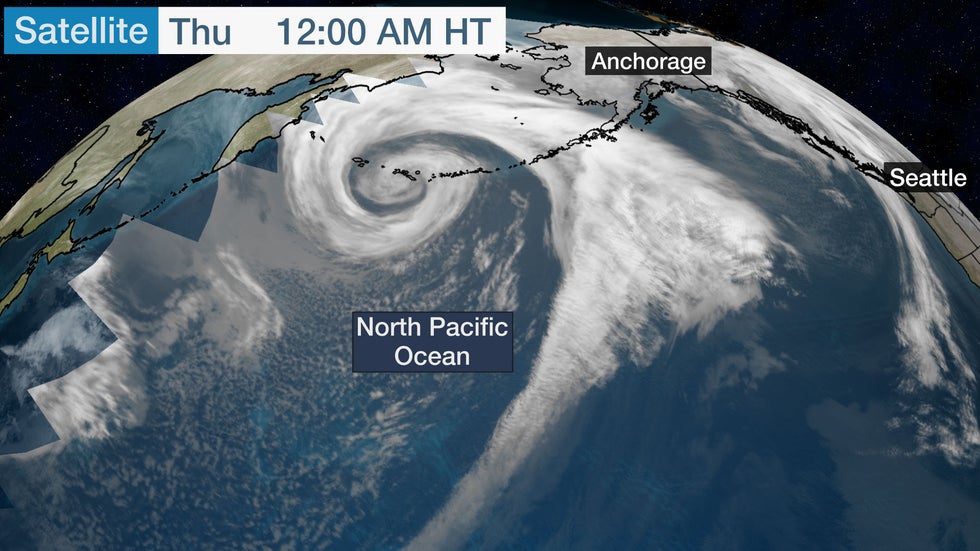 This system brought rain, snow and gusty winds to the Aleutian Islands this week. Cold Bay, Alaska, measured a wind gust to 35 mph early Thursday. Windy conditions and precipitation will continue to impact parts of the Aleutians into the start of the weekend.

Strong winds and high surf are expected in the Bering Sea through this weekend from this large storm.

This low pressure system will gradually weaken, but will still be an impressive storm on satellite over the next few days.

It will also bring some snow and gusty winds to portions of western Alaska, especially near the coast. 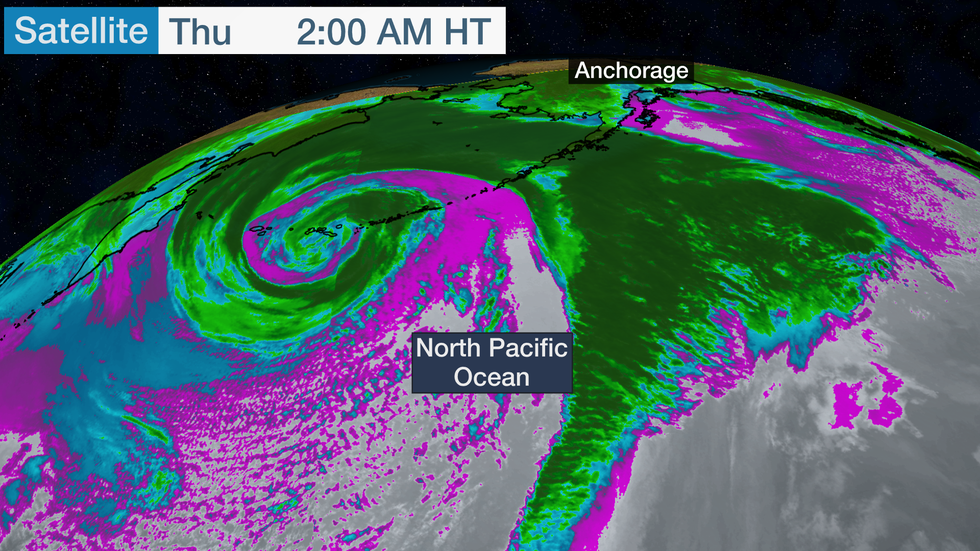 A storm rapidly intensified as it moved through the North Atlantic this week, bringing with it strong winds and high waves.

Winds gusted from 80 to 90 mph Friday along the south coast of Iceland, with gusts up to 75 mph in Reykjavik, the capital. Gusts over 100 mph have been reported in some locations on the island.

The appearance of the North Atlantic system as a large, comma shaped storm, is similar to the North Pacific cyclone.

This powerful system will continue to spin in the North Atlantic as another storm develops. The next area of low pressure is also expected to become a bomb cyclone and will be known as Storm Dennis.

(MORE: Storm Dennis Could Rival Some of the Most Intense North Atlantic Storms on Record

Storm Dennis and the first low pressure system are expected to interact heading into this weekend. They could merge to become one, just like the two storms in the North Pacific earlier this week. 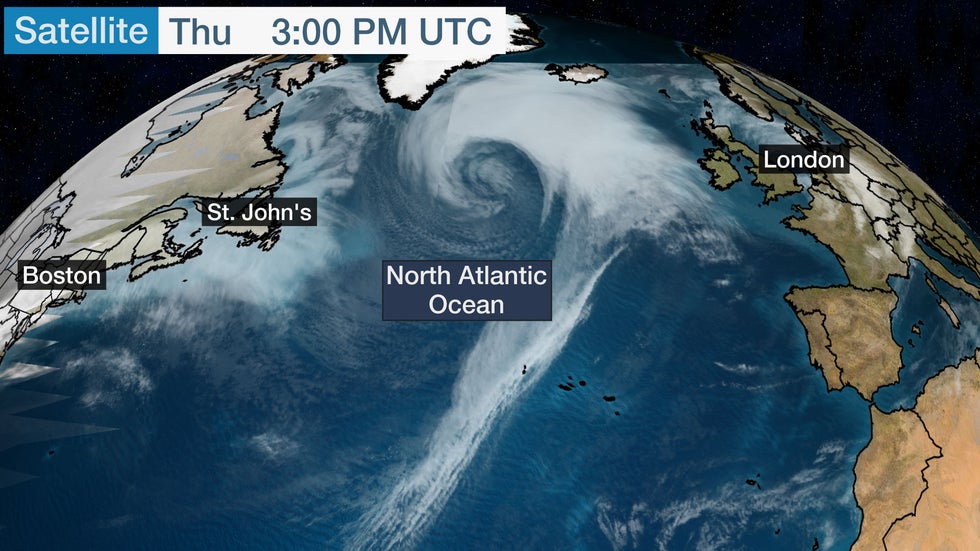