California Is Drying Out Again; Here’s Why It’s Not a Concern – Yet 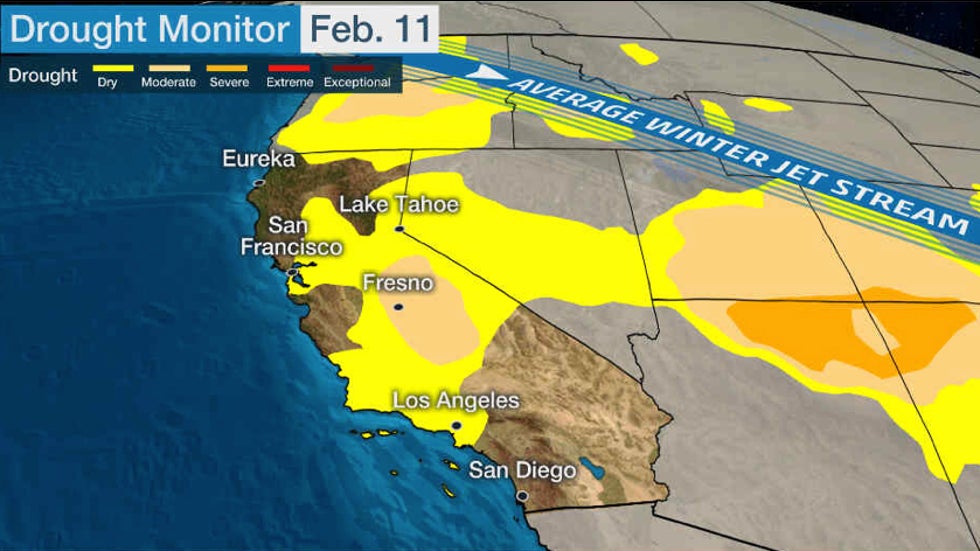 Storm after storm has swerved away from California, and drought conditions have started to return.

For the first time since early December, a small part of the Golden State's central valley and Sierra Nevada have fallen into a moderate drought.

With this week's update from the U.S. Drought Monitor, more Californians are in a moderate drought than at any time in the last year, in terms of population.

A persistent storm track has kept winter storms to the north and east of California since December. The average jet stream track since the beginning of December, as seen in the above graphic, has kept temperatures warm and precipitation far below average.

Much of Central California has yet to see a drop of rain in February, typically one of the state's wetter months. If San Francisco stays dry through the end of the month, it will only be the second February in 170 years with no precipitation in the city.

Some spots in coastal Northern California and the Sierra Nevada are more than a foot behind in rainfall (or the water-equivalent of snow) in the last 60 days.

So far, reservoirs around the state aren't doing too badly.

All reservoirs in Northern and Central California are currently filled to near- or above-average levels for mid-February, while levels in Southern California are slightly below average.

This may be nothing more than a pause in the concern levels of meteorologists, hydrologists and firefighters, however.

The Sierra Nevada only has about 58% of its average snowpack for the date with a lot of ground to make up before the season ends in April.

Unlike last year, when snowpack piled up, very few snowstorms have deposited anything into the mountains of California this year.

Snowfall during the winter months is like California depositing money into a bank to be used later. The more snow that falls during the winter, the less likely the Golden State will have water issues later in the year.

Reservoirs will decline as long as it stays dry, and we'll soon be waiting for the snowpack to melt to keep the water running for Californians.

NOAA's Climate Prediction Center doesn't offer much hope for more rainfall. They forecast drier-than-average conditions through the end of February, and potentially through April.

The center says Northern California will continue deeper into drought through the end of April, citing that the "persistent high pressure over the North Pacific Ocean is expected to continue, diverting storm systems to the north and south and away from California and parts of the Southwest."

If the current pattern keeps steering weather systems away from California, increased fire concerns will also be on the horizon.

Fire potential could be above normal for April and May, according to the National Interagency Fire Center. They warn that grassfire season might begin in early April, which is a few weeks ahead of schedule. 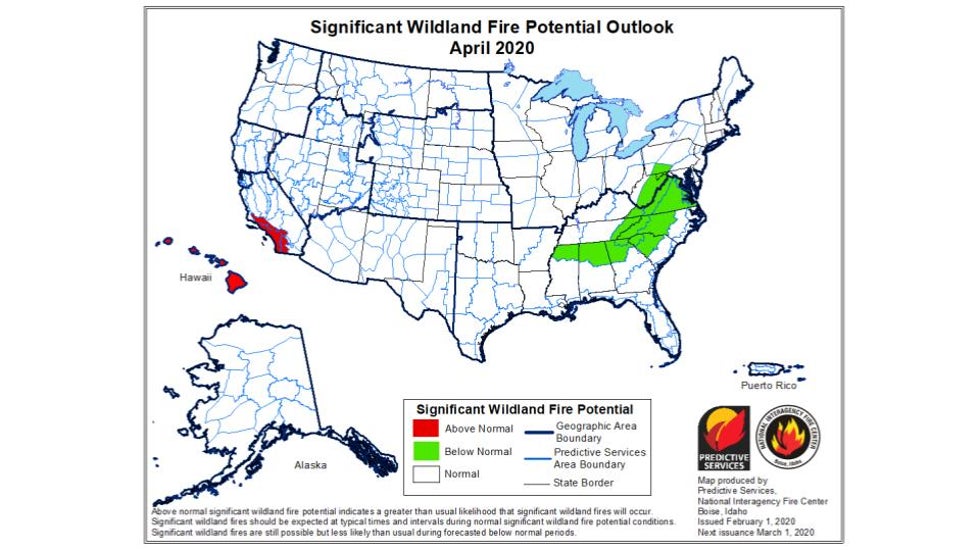 Why Winter is More Important in California

Unlike most areas of the country, California has distinct wet and dry seasons.

Over 90% of California's annual average precipitation falls from October through April.

Rain typically returns by October as the jet stream begins to sag farther south, dragging Pacific frontal systems with it.

California picks up most of its precipitation during the winter months, and there is still plenty of time for more snow.

The higher terrain of California, including the Sierra Nevada, acts as a slow-release tank that drips water into the lower elevations and higher population centers across the state.

(MORE: Snow Season is Getting Shorter Across Most of the U.S., New Analysis Finds

Spring and summer Sierra snowmelt is crucial to California's water supply – it recharges reservoirs downstream during the state's dry summer and early fall.

More than 60 percent of California's water supply comes from the Sierra Nevada. This water is used by 25 million people for sustainability, forestry, power and more.