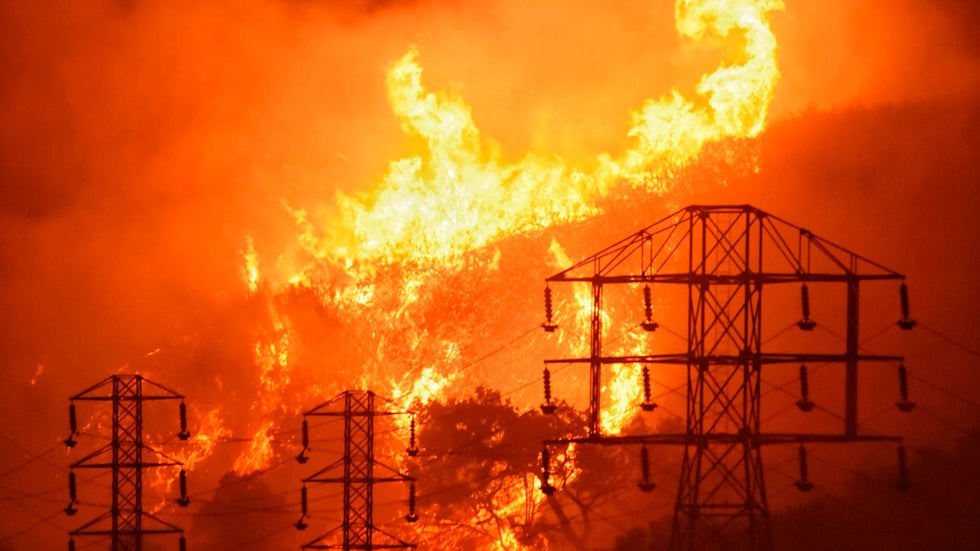 Pacific Gas & Electric submitted a $2.3 billion safety proposal Wednesday that, if approved by regulators, could include cutting power to up to 5 million Californians when fire danger is high.

This plan was already in the works late last year, when the utility company got approval to turn off electricity to 570,000 customers living in areas at risk for wildfires during dangerous weather conditions.

In the filing submitted to the California Public Utilities Commission, PG&E is seeking the ability to cut power to any of the 5.4 million customers in its system should the wildfire threat become critical in northern and central parts of the state.

A consumer advocacy group says it's disappointed with the utility's emphasis on blackouts.

San Francisco-based The Utility Reform Network says PG&E's proposal to shut power during wildfire threats should be an emergency response only rather than a routine preventive measure.

Spokeswoman Mindy Spatt called on PG&E to make improving the safety of its equipment and training of its workers more of a priority than cutting power. "It puts customers in harm's way," she said

The utility also promised to overhaul much of its wildfire-prevention measures in response to growing legal, financial and public pressure for its role in starting some of the most destructive blazes in California history.

The embattled utility also vowed to increase inspections, cut more trees and work with forestry experts to lessen its role in starting wildfires.

A new state law passed in response to the destructive 2017 wildfires required the state's utilities to file their wildfire-prevention plans with the California Public Utilities Commission. The agency has scheduled several public meetings to review and amend the proposals before they are adopted.

U.S. District Judge William Alsup is threatening to impose sweeping prevention measures on the utility, proposals PG&E said could cost as much $150 billion. The utility said Wednesday its plan will cost between $1.7 billion and $2.3 billion.

Alsup ruled last month that PG&E's response to a 2017 wildfire violated probation terms included in its felony conviction for a deadly 2010 natural pipeline explosion in a San Francisco suburb.

In response, Alsup proposed PG&E workers inspect, document and rate every inch of its 2,400 square-mile electrical system and remove or trim trees threatening to touch equipment and start fires. PG&E said that could require removing up to 100 million trees. Alsup said he will determine PG&E's sentence later.

On Wednesday, PG&E proposed removing 375,000 trees this year after cutting down 160,000 last year. PG&E also said it would increase in-depth pole inspections from 9,400 last year to 40,600 this year and building 200 weather stations in addition to the 200 existing stations.

The utility said it also planned to bury underground or wrap in insulation 150 miles of bare wire next year and 7,100 miles over the next decade.