The last American Space Tragedy occurred on Feb 1, 2003 as Cloumbia was Lost re-entering the Atmosphere after a 15-day Mission. 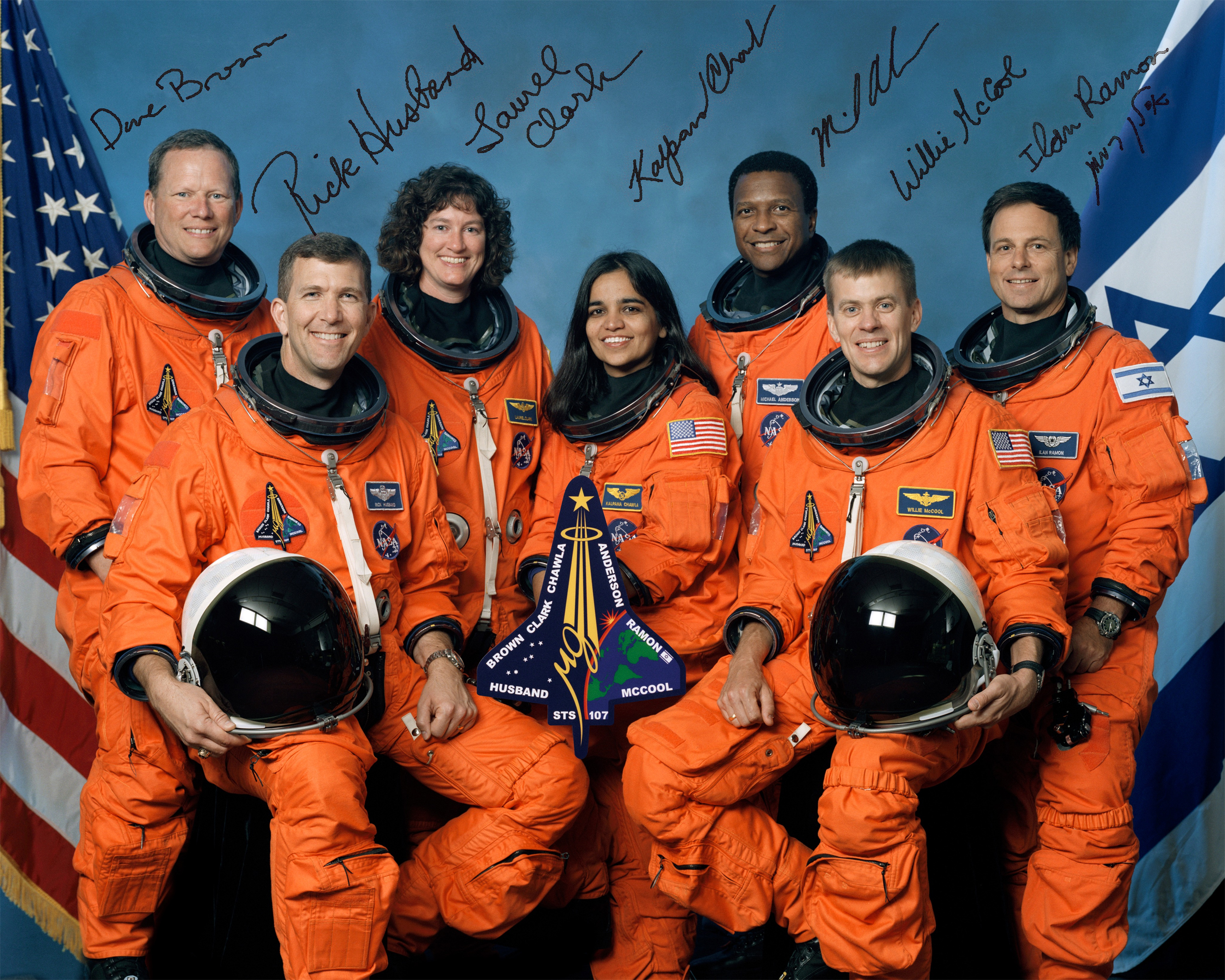 The Space Shuttle Challenger and her Crew Were Lost shortly after launch on this Day 21 years ago.Aboard was Americas first Civillian in Space.WE remember their Loss with pride in what they were accomplishing...reaching for the Stars.

The history of a Mardi Gras celebration existed many years before Europeans came to the New World. Some time in the Second Century, during mid-February (usually February 15 according to the Julian calendar), Ancient Romans would observe what they called the Lupercalia, a circus-type festival which was, in many respects, quite similar to the present day Mardi Gras. This festival honored the Roman deity, Lupercus, a pastoral God associated with Faunus or the Satyr. Although Lupercus is derived from the Latin Lupus (meaning "wolf"), the original meaning of the word as it applies to Roman religion has become obscured over the passage of time.

When Christianity arrived in Rome, the dignitaries of the early Church decided it would be more prudent to incorporate certain aspects of such rituals into the new faith rather than attempt to abolish them altogether. This granted a Christian interpretation to the ancient custom and the Carnival became a time of abandon and merriment which peceded the Lenten period (a symbolic Christian pentinence of 40 days commencing on Ash Wednesday and ending at Easter). During this time, there would be feasting which lasted several days and participants would indulge in voluntary madness by donning masks, clothing themselves in the likeness of spectres and generally giving themselves up to Bacchus and Venus. All aspects of pleasure were considered to be allowable during the Carnival celebration and today's modern festivites are thought by some to be more reminiscent of the Roman Saturnalia rather than Lupercalia, or be linked to even earlier Pagan festivals.

From Rome, the celebration spread to other European countries. In medieval times, a similar-type festivity to that of the present day Mardi Gras was given by monarchs and lords prior to Lent in order to ceremoniously conscript new knights into service and hold feasts in their honor. The landed gentry would also ride through the countryside rewarding peasants with cakes (thought by some to be the origin of the King Cake), coins (perhaps the origin of present day gifts of Mardi Gras doubloons) and other trinkets. In Germany, there still remains a Carnival similar to that of the one held in New Orleans. Known as Fasching, the celebrations begin on Twelfth Night and continue until Shrove Tuesday. To a lesser degree, this festivity is still celebrated in France and Spain. A Carnival season was also celebrated in England until the Nineteenth Century, originating as a type of "renewal" festival that incorporated fertility motifs and ball games which frequently turned into riots between opposing villages, followed by feasts of pancakes and the imbibing of alcohol. The preparing and consumption of pancakes on Shrove Tuesday (also known as "Pancake Day" or "Pancake Tuesday" and occurring annually between February 2 and March 9, depending upon the date of Easter) is a still a tradition in the United Kingdom, where pancake tossing and pancake races (during which a pancake must be tossed a certain number of times) are still popular. One of the most famous of such competitions, which takes place in Olney, Buckinghamshire, is said to date from 1445. It is a race for women only and for those who have lived in the Parish for at least three months. An apron and head-covering are requisite. The course is 415 yards and the pancake must be tossed at least three times during the race. The winner receives a kiss from the Ringer of the Pancake Bell and a prayer book from the local vicar. "Shrove" is derived from the Old English word "shrive," which means to "confess all sins."

It is generally accepted that Mardi Gras came to America in 1699 with the French explorer, Sieur d'Iberville. The festival had been celebrated as a major holiday in Paris since the Middle Ages. Iberville sailed into the Gulf of Mexico and, from there, launched an expedition along the Mississippi River. By March 3, 1699, Iberville had set up a camp on the West Bank of the River...about 60 miles South of the present day City of New Orleans in the State of Louisiana. Since that day was the very one on which Mardi Gras was being celebrated in France, Iberville named the site Point du Mardi Gras in honor of the festival. According to some sources, however, the Mardi Gras of New Orleans began in 1827 when a group of students who had recently returned from school in Paris donned strange costumes and danced their way through the streets. The students had first experienced this revelry while taking part in celebrations they had witnessed in Paris. In this version, it is said that the inhabitants of New Orleans were swiftly captured by the enthusiasm of the youths and quickly followed suit. Other sources maintain that the Mardi Gras celebration originated with the arrival of early French settlers to the State of Louisiana. Nevertheless, it is known that from 1827 to 1833, the New Orleans' Mardi Gras celebrations became more elaborate, culminating in an annual Mardi Gras Ball. Although the exact date of the first revelries cannot be determined, the Carnival was well-established by the middle of the Nineteenth Century when the Mystick Krewe of Comus presented its 1857 Torchlight Parade with a theme taken from "Paradise Lost" written by John Milton.

In French, "Mardi Gras" literally means "Fat Tuesday," so named because it falls on the day before Ash Wednesday, the last day prior to Lent...a 40-day season of prayer and fasting observed by the Roman Catholic Church (and many other Christian denominations) which ends on Easter Sunday. The origin of "Fat Tuesday" is believed to have come from the ancient Pagan custom of parading a fat ox through the town streets. Such Pagan holidays were filled with excessive eating, drinking and general bawdiness prior to a period of fasting. Since the modern day Carvinal Season is sandwiched between Christmas and Lent, with Christmas Day being December 25 on the Gregorian Calendar as set by the Roman Catholic Church, this means that other Holy Days are "floating" in nature. Easter always falls on a Sunday, but it can be any Sunday from March 23 through April 25, its actual date being the Sunday which follows the first Full Moon after the Spring Equinox. Mardi Gras is always 47 days prior to this alloted Sunday (the 40 days of Lent plus seven Sundays). The beginning of the Carnival Season itself, however, is also fixed...being January 6, which is the Feast of the Ephiphany, otherwise known as Little Christmas or Twelfth Night. Since the date of Mardi Gras thus varies, the length of the Carnival Season also varies accordingly from year-to-year. The origin of the word "Carvinal" is from the Latin for "farewell to the flesh," a time when one is expected to forego earthly pleasures prior to the restrictions of the Lenten Season, and is thought to be derived from the feasts of the Middle Ages known as carnis levamen or "solace of the flesh."

In 1833, Bernard Xavier de Marigny de Mandeville, a wealthy plantation owner, solicited a large amount of money in order to help finance an organized Mardi Gras celebration. It was not until 1837, however, that the first Mardi Gras Parade was staged. Two years later, a description of the 1839 Parade noted that it consisted of a single float. Nonetheless, it was considered to be a great success and apparently, the crowd roared hilariously as this somewhat crude float moved through the streets of the city. Since that time, Mardi Gras in New Orleans has been an overwhelming success, continuing to grow with additional organizations participating each year.

The traditional colors of Mardi Gras are purple (symbolic of justice), green (symbolic of faith) and gold (symbolic of power). The accepted story behind the original selection of these colors originates from 1872 when the Grand Duke Alexis Romanoff of Russia visited New Orleans. It is said that the Grand Duke came to the city in pursuit of an actress named Lydia Thompson. During his stay, he was given the honor of selecting the official Mardi Gras colors by the Krewe of Rex...thus, did these colors also become the colors of the House of Romanoff. The 1892 Rex Parade theme ("Symbolism of Colors") first gave meaning to the representation of the official Mardi Gras colors. Interestingly, the colors of Mardi Gras influenced the choice of school colors for the Lousiana arch-rival colleges, Louisiana State University and Tulane University. Whe LSU was deciding on its colors, the stores in New Orleans had stocked-up on fabrics of purple, green and gold for the upcoming Mardi Gras Season. LSU, opting for purple and gold, bought a large quantity of the available cloth. Tulane purchased much of the only remaining color...green (Tulane's colors are green and white).

Today, Louisiana's Mardi Gras is celebrated not only in New Orleans, but also in numerous smaller cities and towns around the State and in the neighboring Gulf Coast Region. Similar celebrations are also held in the Brazilian city of Rio de Janeiro...arguably the world's most elaborate Carnival location with its Samba Dromo parades, which annually attract a huge number of tourists from all corners of the globe. Regardless of where the festivals take place, however, all share a common party atmosphere inherently associated with the celebrations.